Watching a brand being slaughtered on social media before your eyes can be a strangely compelling thing!

Or is it more to do with gaining an understanding of how relentless and punishing Twitter and blogging can be if you get a campaign horribly wrong!

Whichever it was I noticed a particularly acidic Tweet tonight which was aimed directly at a US sauce in a jar company called Ragu.

I probably would have thought nothing of it except for the fact that the Tweet was from a really big US social media name Jason Falls. Jason owns a super high profile social media blog and consultancy called socialmediaexplorer so we are  talking serious influence here. 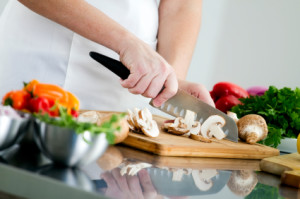 So I took a look at the link which took me to a post by a blogger named  CC Chapman. He had posted a blog titled “Ragu Hates Dads” – a self-admitted rant, this post really took it to Ragu in a big way on a number of issues.

Remember this is Twitter so this stuff is happening really fast!

CC Chapman would have to be typing frantically to get the post out so quickly!

What was Ragu’s social media faux-pas?

Well, it was more an entire advertising campaign miscalculation. The video which is the main focus of the campaign is below:

Apart from the obvious sexual stereotyping the video is pretty innocuous. Blokes are mainly useless in the kitchen – OK with waffles or grills, and when their wives are relieved of their cooking duties they drink cocktails or wine or sometimes even interact with the kids…

Who wrote this stuff? Ugghhh!

But we have all seen shockingly inept advertising campaigns before so why did this one get people so heated?

Here is the crucial element!

Some social media genius thought it would be a great idea to target “Dad Bloggers” on Twitter through mentions with the brilliant tagline “What’s dinnertime like when Dad cooks?”. So they sent a link to dozens of influential Dads (most of whom of course work at home so more than likely have a hand in the daily household running!) expecting that this would get Ragu massive exposure – and “maybe even go viral!”

Ouch! It went viral all right but not the way the company would have liked.

If you look at the comments below the highly scathing blog post – and there are 70 at last count – you will see many people weighing in with their own broadsides but the interesting thing is the caliber of the commenters. Chris Brogan is internationally recognised and has a following on Twitter of around 200,000. Scott Monty is the social media strategist for Ford Motor Co and is a hugely popular blogger. And the list of people who have shared with their followings leads to scary numbers – and that’s just the blog!

Check out the Twitter stream around @RaguSauce! There are dozens of tweets directly criticizing the clumsiness of this campaign.

This one is from Ragu themselves to get the ball rolling!

Then the spam @mentions were sent out to get the campaign really rocking.

And this is some of what happened next:

How potentially damaging to a large brand is this?

Think about a large number of fiercely critical messages sent to potentially millions within a very short period of time with absolutely nothing from the company.

My guess would be that the person who is “doing” social media for the company simply knocked off work at the usual time and went home. Immediately following the launch of a major and possibly controversial campaign they simply closed down and left the building!

No one monitoring channels for negative feedback, no one looking after the social media accounts overnight and no one there to step in with some form of damage control.

And this is the thing with social media management for large brands (and Ragu has over half a million Facebook fans):

It is absolutely essential that these channels are monitored 24/7. It is also essential that the person doing the monitoring has the experience and the authority to make decisions on the spot and to react in a way that will stop the spread of animosity quickly and effectively!

And they need to apologise! Quickly, and with genuine regret for offence caused.

This is social media! Sitting in a corporate office saying “Who cares if a few don’t like it” will not cut it in this space!

At this point – 6 hours after it all started there is still no response. One Twitter user noted that it only takes 4 hours to seriously damage a brand.

Boy will there be some big questions tomorrow!

Ragu have contacted CC Chapman and Dadlabs and asked for an offline conversation 17 hours after the Twitter stream started. There have more than likely been meetings with PR and Legal this morning. 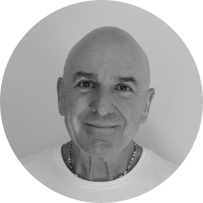 Mike Morgan works with innovative businesses in New Zealand and Australia developing custom web marketing strategies integrating SEO, Content Marketing and Social Media. Mike has been featured in 41 Rising Stars of SEO and Top 100 Most Followed SEO Experts on Twitter and has his opinions on SEO and Content Marketing published on a range of global content marketing blogs.

How we can help your business stay afloat during Covid-19

A roundup of top marketers’ predictions for 2019